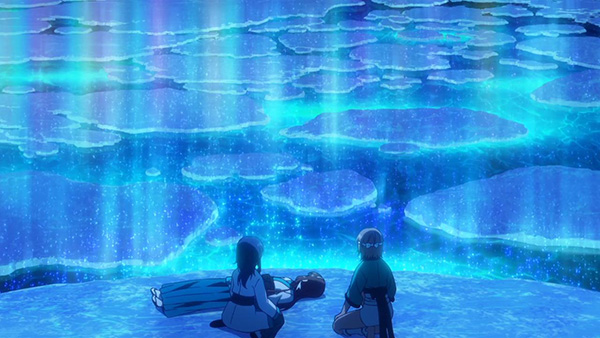 After almost half a year Nagi no Asukara has finally come to an end and it’s been an emotional ride. It’s been beautiful since the start but the show has gone from a curious tale of childhood friends from under the sea to a series that did its best to define love, human feelings and our struggle to carve our own future.

Following on from the last episode, the Sea God has once again awoken after being summoned by the Boatdrift Ceremony. Although Manaka was in danger of being taken again, it was Miuna instead who became trapped at the bottom of the sea where Manaka once lay. It seems the huge focus on Miuna during the second half of the anime wasn’t in vain, as it turns out her character is at the forefront of the final episode. 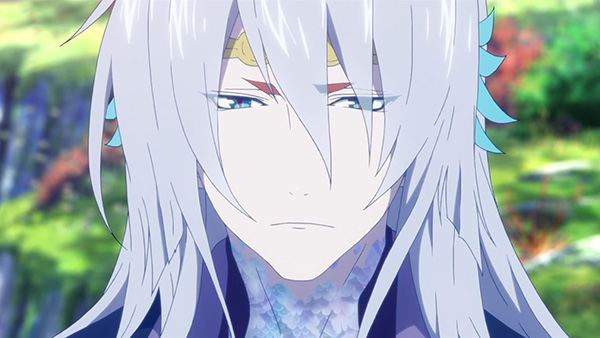 Manaka’s narration helpfully explains the full story of the Sea God and the Maiden and we actually get flashbacks of the two for the first time. She is brought to the surface and is left with Chisaki and Kaname.

As Hikari tries in vain to break through to Miuna when he finally, somehow, realises the feelings that she harboured for him all this time. He wanted Manaka to fall in love with him when the one closest to him, Miuna, held the strongest feelings for him. In a brief spate of madness Hikari screams for the Sea God to take his ability to love in return for Miuna’s freedom. Miuna’s consciousness realises the truth of the Sea God’s folly and in turn the spirit fire surges forth uncontrollably, lighting up the once-dead Shioshishio. 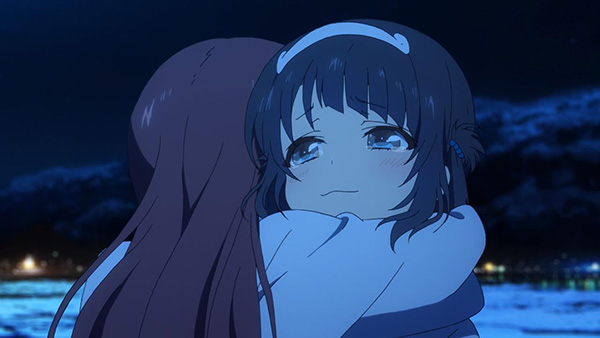 While everything burns in the spirit of the Sea God, Hikari finally manages to tear through the shield covering Miuna and begins to swim away with her. At this point we’re told the truth of the Maiden. Uroko laughs as he himself realises that the Maiden loved the Sea God, not her former lover, and so had her ability to love taken away by mistake.

Hikari’s father is then seen casually strolling his way towards them and he explains that he heard what Hikari told him about how much Miuna had grown and about Akira as well. With the people of Shioshishio waking up the sea begins to break free of the ice and the waves move once again. 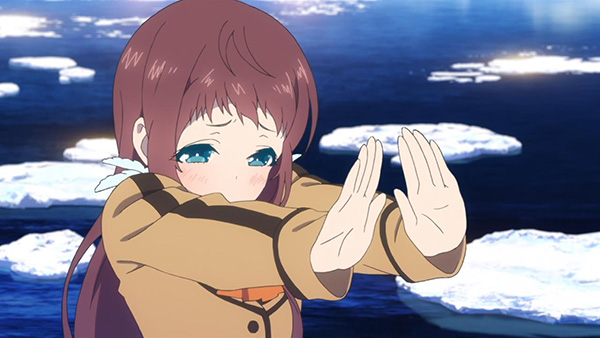 A new sunny day rises and the world is slowly returning to normal only now everyone’s feelings are shining brilliantly. Hikari, Kaname, Miuna and Sayu still need to finish school while Tsumugu is about to head off to live in the city for a short while, with Chisaki seeing him off. In the end, Hikari and Manaka can finally share their love while Miuna has to move on, sadly. It’s OK, she was too good for Hikari anyway.

It wasn’t until the very end until I realised what the whole show was all about. We can only theorise about the bigger picture from this little blue orb called Earth. Despite the challenges thrown our way for whatever reason and without clear answers for many of our questions, humanity still finds a way to do whatever the hell it wants. In the end, we can carve our own path and express our emotions. The complicated love triangle and the way the show made us think Manaka liked Tsumugu, but then revealing that she liked Hikari instead, proves that fate can be changed. 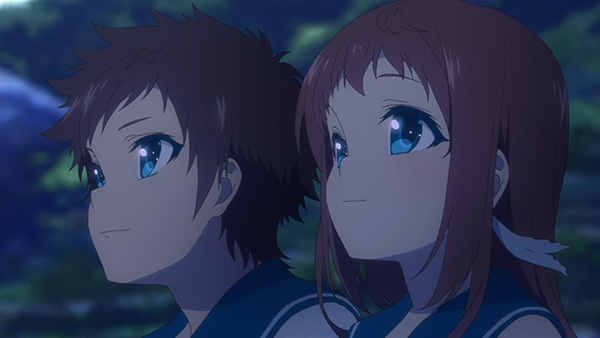 Nagi no Asukara was a cold yet fuzzy anime. It was a bit overly wordy and nothing happened for a number of episodes, but the romance was probably some of the best I’ve seen in a while. The chemistry between the friends was endearing. Maybe I’m just relieved we got something more than a vacuous imouto show (bless their hearts). Until next time! 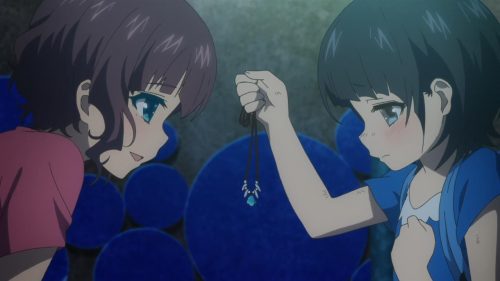