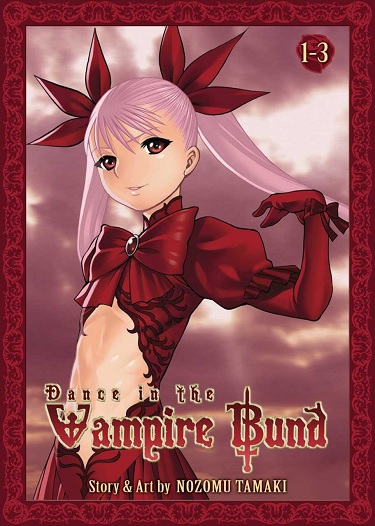 Seven Seas Entertainment has announced that they are going to do something very interesting with Dance in the Vampire Bund. While they already own the license to release the original manga in North America, they have announced that they will be releasing two doujinshi collections for the series which were previously only available for purchase at Comiket and have never been assembled together in one single release, even in Japan.

They will be releasing these works in two bundles, Dance in the Vampire Bund: Forgotten Tales which is 192 pages of uncollected manga with lots of bonus material to thrill fans and that release will be available in June 2014. As for the second work, set to be released in October 2014, it is 280 pages in length and is titled Dance in the Vampire Bund: Secret Chronicles. This work features unpublished canonical short-stories that were overseen and illustrated by the series’ creator Nozomi Tamaki, as well as other bonus material.