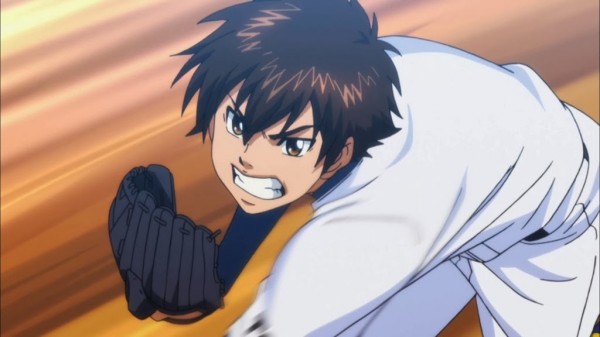 From the very beginning of Ace of Diamond the anime has driven it home to viewers that there is something special about Eijun. While it has time and time again shown that he still has a long way to go, there are glimpses here and there of a greatness within him waiting to shine. Now that he has convinced Chris to mentor him, Eijun is now tasked with the challenge of honing his talents, in particular his unique moving fastball.

Eijun proves to be a challenging student for Chris in many ways and after the complete failure he suffered last week, Eijun is in dire need of a comeback. With the final spots on the first string hanging above him like a carrot, Eijun has a fire lit beneath him to get this right. Interestingly enough, while Chris may be the one molding him into an ace, it is Coach Kataoka who proves to be the one to give Eijun the push in the right direction here.

The Coach teaches him about towel training and gets him to practice his pitches in hope of honing the moving fastball that is unique to him. It is an interesting development to say the least to see Coach Kataoka coming to Eijun with advice. Up until this point he has taken a backseat role in regards to Eijun’s progress as a player, but there was always a hint that he saw something in Eijun. This episode we see that not only does he see something in him, but he wants to help him bring it out. 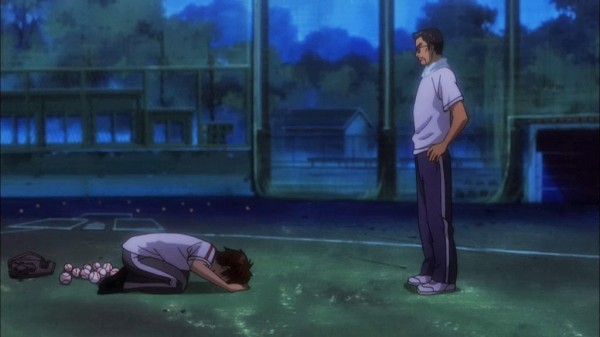 The character development in this one episode of Ace of Diamond is simply incredible. We see the cast grow in natural ways under the pressure that is applied upon them as they prepare to enter their first big tournament. Eijun, Furuya and Haruichi are desperately looking to impress the Coach and secure a spot on the first string. Chris is continuing to struggle with his inner desire to play more with his friends, despite his injury. Not only that we see that Chris and Tanba actually have quite an interesting friendship, one that is somewhat reminiscent of Eijun and Furuya’s friendly rivalry.

Of course the real development in this episode comes from Coach Kataoka, for the first time we see that he truly does believe in Eijun, so much so that he is willing to help him hone that skill in time for the big game. It is a quiet moment that has a big pay off for a student-teacher relationship that’s been built the whole series to this point. 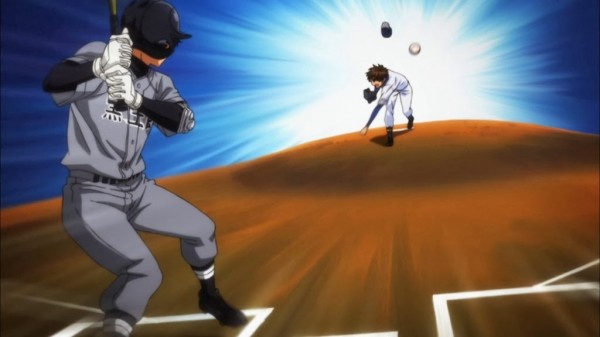 Well with this episode the chips are truly down now. Eijun and friends are in the hot seat and are in a make or break situation. Right as we are heading into the game, there is a moment that feels very important. Eijun asks for Chris to play as his catcher and form a battery with him. Eijun’s respect for Chris is overflowing in this moment and it is a complete 180 of what we saw when he first learned he would be mentored by Chris. Where he once wanted nothing to do with him, he now sees him as a man worthy of his respect, someone he admires, someone he hopes to become.

It goes without saying that Chris has the heart of an ace, within him is the ability to unite an entire team, but with only months until his graduation, his time in the sun is nearing an end. If there is any last will of Chris for Seidou, it looks to be the teachings he is passing down to Eijun. He is passing the torch to Eijun, a diamond in the rough no doubt, but an ace at heart. With that one can only hope that we get to see Chris on the field for one last hurrah, he deserves a swan song and if it could be on field with Eijun that would just be gravy.

Ace of Diamond manga to get anime adaptation