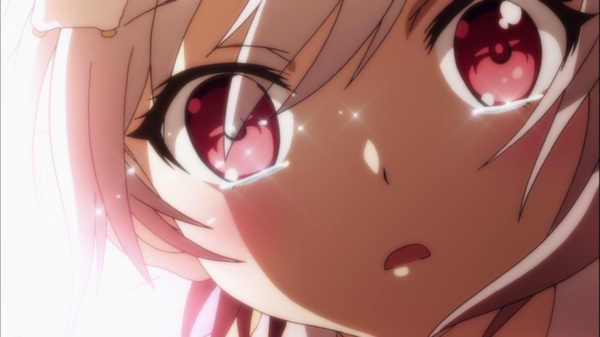 There is a tendency with series that rely heavily on a romance element to take some considerable getting used to. Even in the case of romcoms like Noucome, until I know a little more about the character’s motivations I generally remain unmoved and continue watching more for the laughs than the romantic sub-plot. Baka to Test, Haganai, Oreimo, and even some less well known series like winter’s Oreshura were all great series in my mind simply because they managed to incite non-stop hilarity while still giving profound reasons behind why everyone loved the male lead so much. Failing to pull off this mixture is a critical failure for any anime in this genre, but will Noucome fall prey to this error? Will its gimmicky premise ware thin or will it find new ways to surprise us? 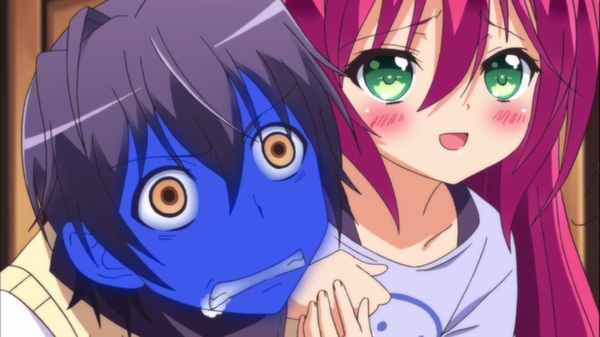 Choosing to focus more on establishing a plot after last week’s episode’s fixation on character introduction, episode 2 continued to tag us along with its wonderfully weird sense of humour and ever-present possibility to cause mayhem at the drop of a hat. Personally, I can’t think of a better way of demonstrating that ability than to have the main character of your anime receive a call from God within minutes of starting the episode. It would seem that in this universe you would be just in taking the Lord’s name in vain since he seemed no more divine than a call centre employee. It was about the time when he said he was only acting as God because the person before him got pregnant from an affair and became a shut-in that it finally hit me why this world is so messed up that a teenage boy could end up getting such a ridiculous curse. 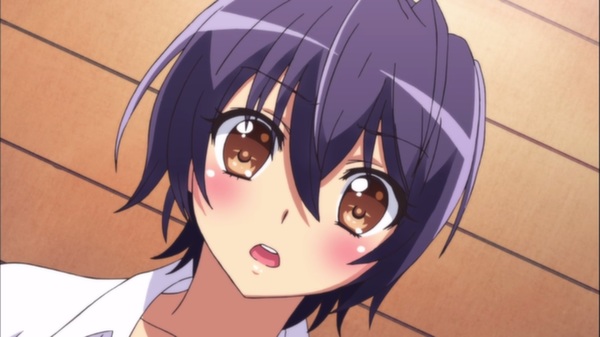 After demonstrating his power in true priceless Noucome fashion by turning Kanade into a girl (and inciting a great what-if story at the end of the episode) , God did eventually give the plot some direction by setting up a series of missions for Kanade. Complete them all and he will have his curse lifted, fail once and it stays with him forever. Truly this is a cruel and angry god … Or one that just enjoys messing with his subjects … One of the two. So, that seems to be where this anime is heading. Setting up a mission each week which Kanade has to complete in whatever wacky way is necessary, no doubt with the “assistance” of his new companion, the self-titled Chocolat, and his teacher who unexpectedly revealed that she was afflicted with Absolute Choice in the past as well. Noucome definitely took a step in the right direction by adding something more than just the multiple choice curse to give the plot some more substance. I did have fears that the concept would get dry very quickly, but now my only worry is that it will become quickly repetitive. Hopefully, my fears will not come to pass. 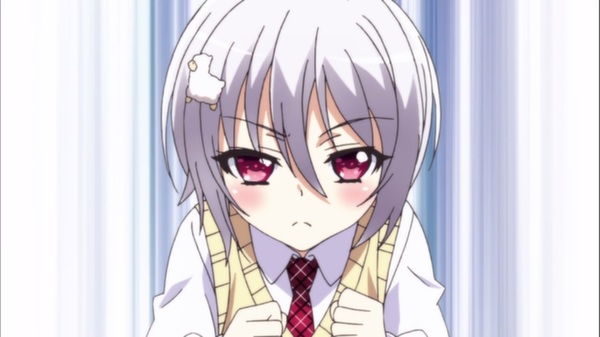 To kick off the missions, Kanade was presented with the monumental task of making the cold, dry Yukihira laugh from the bottom of her heart. Now, I can’t be sure that some of the punchlines weren’t lost in translation, but wow were all of his jokes terrible. Don’t get me wrong, I was laughing the whole time with my face thoroughly buried in my palms, but that was because I was so taken aback by how ludicrous this show is! It seems that Kanade will stop at no length to get rid of his curse, even if that means losing every tiny shred of dignity that he still has left. To nobody’s surprise his efforts failed monumentally, actually resulting in her being a lot more amusing than Kanade by threatening to sue him for stealing her jokes. Once again, Yukihira has managed to steal my affections with her arid, sarcastic personality. So far she is my favourite part of Noucome by quite some way. 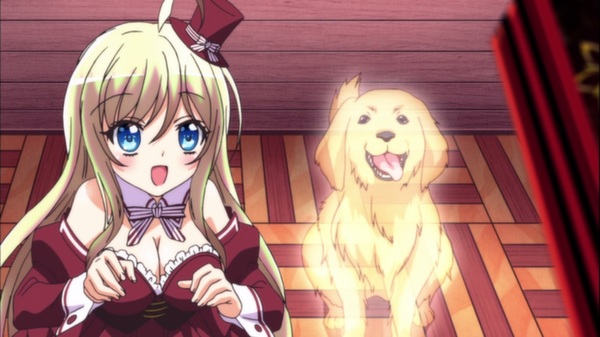 Speaking of feelings of love and Yukihira, the cliffhanger of episode 2 left us with something completely unexpected that I was unbelievably happy to see. Yukihira was crying and muttering about how she thought Kanade must think she is a weirdo! Proof that she has feelings for Kanade if ever I heard them… Finally, some feelings beyond embarrassment and surprise! My hopes for this anime have soared and only episode 3 will tell if my new-found expectations are met or if Noucome ends up being another flat, humdrum harem anime. 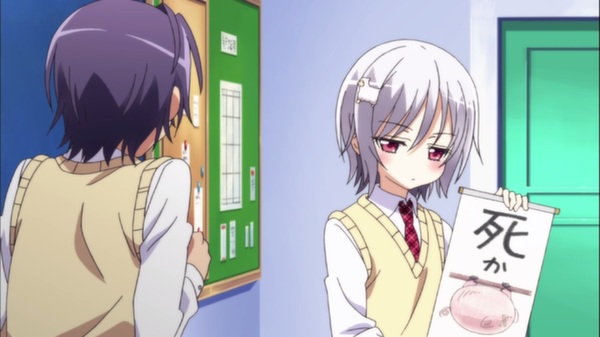 Noucome definitely hasn’t impacted upon me enough to call it a great series out of the blocks, but it has given us some direction, a set of goals constructed by god himself. Granted, it would seem that he has immediately failed the first mission so for all we know he could have locked himself into the curse forever and we could be back to square one next episode, but I highly doubt that. Paramount to the success of this episode in my eyes though was that through all of the cringeworthy humour, a small glimmer of emotion appeared completely out of the blue. My first thoughts are that the next episode will contain flashbacks that will reveal the crux of Yukihira’s apparent love for Kanade. If they are as memorable as in the series that I listed earlier, then Noucome will cease to be just an outrageously silly comedy and should start to garner some following as something with feeling, not just boobs and stupidity. 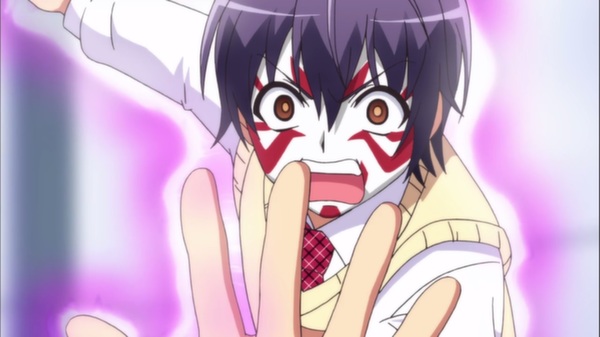 For more impressions from the CC Anime team of Autumn’s best and worst anime, head over to our Anime Impressions page and check out what’s on offer! 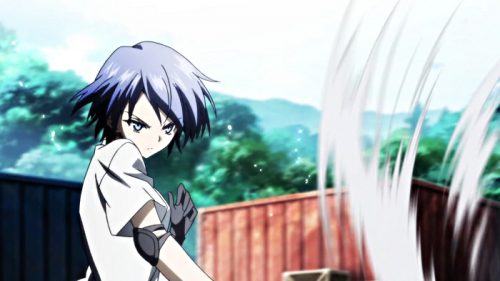