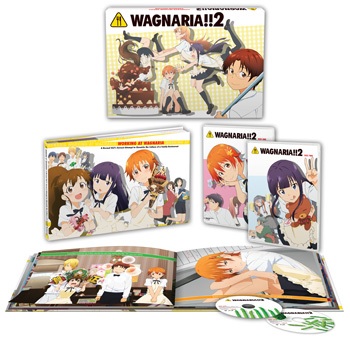 Along with a handful of other series, Wagnaria!! (Working!!) was one of the first few anime that NIS America started working with when they jumped into the anime industry. When that anime was given a second season back at the end of 2011 many people thought it would be an easy pick up for the company, but two years later no such announcement was ever made.

That all changed today when the company announced that they have picked up the second season and will be calling it Wagnaria!! 2 and they are planning on releasing it in a Blu-ray only premium edition on February 4, 2014 for $64.99. The premium edition will come with a hardcover art book which will include an episode guide, character info for new characters and color illustrations.

Persona 4 The Golden Anime Confirmed as a Reboot