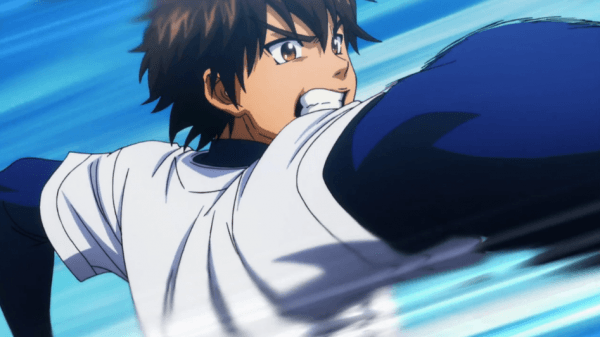 Ace of Diamond
Episode 3 – Not Qualified to be a Pitcher?

At every turn, Ace of Diamond throws a curve ball that knocks all expectations right out of the park. It isn’t often that a sports anime can truly provide genuine and impactful surprises, but such was the case with the latest episode of Ace of Diamond.

Expected Eijun to join Seidou’s Baseball Team and quickly get involved in some games? Well that doesn’t look to be the case. Rather then having Eijun make it onto the team and start playing for Seidou, he has some major obstacles thrown his way. Due to some hazing from upper classmen, Eijun makes a terrible first impression on the teams coach and instantly mires himself as nothing but a kid running laps, not even worthy of being a bench warmer in this tough coach’s eyes.

We come to fully understand how difficult Seidou Academy is going to be for Eijun when we learn that the team has over 100 players in their roster, but only 9 can play in games. The cream has to rise to the top one way or another and it is not gonna be an easy road for Eijun. After failing a throwing test from Coach Kataoka, Eijun is told that he must give up on playing as a pitcher. The tragedy here is that Eijun’s natural curve ball pitch worked against him here, if he had thrown a straight ball it would not have been a problem. But we get the sense that Kataoka is more aware of Eijun’s talent than he lets on. 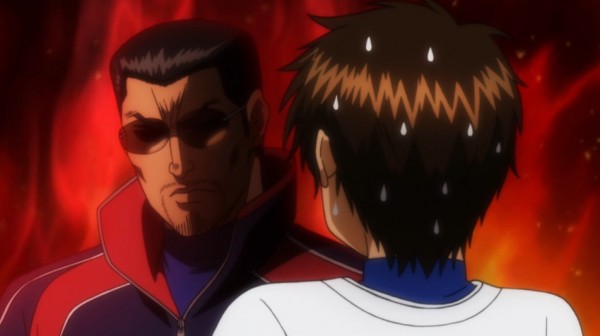 Eijun struggles to adjust to the tough nature of Seidou Academy and must come to the harsh realization that maybe his dreams are simply out of reach. He carries a heavy burden indeed but we see that he is resolute to fulfill his promise to his friends back home. He is set on becoming Seidou’s ace. What the coach has to say on the matter, means nothing to Eijun. He will become the ace of the diamond, that much is true in his mind at least.

Interestingly this episode isn’t exactly focused primarily on Eijun’s struggle to win over the coach, but rather it focuses on building the setting of Seidou Academy and its expansive cast of characters. We are introduced to several characters that look to be major players in the series moving forward. We met Kazuya last week, but this time around we meet Eijun’s room-mates and of course their no nonsense coach. Each character is pretty well detailed in the episode and we get a greater look at this intriguing school.

While at first Ace of Diamond appeared to be your standard sports anime with a hint of something special, we seem to be heading into territory reminiscent of something like Silver Spoon. This baseball school scenario is certainly a fresh idea and it is hard not to be swept up in the antics of Eijun on his path to becoming a ‘legendary ace’. The question does remain though, when will we see some baseball action? 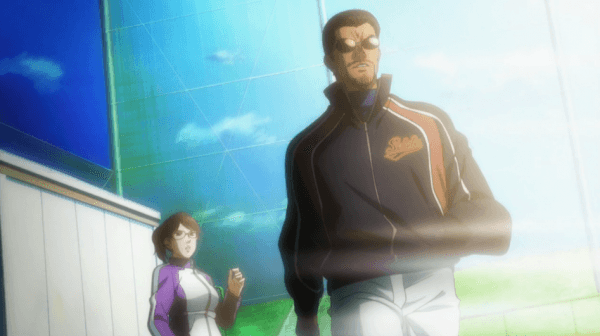 Thus far we have seen plenty of theory behind the sport and gotten a glimpse at why these characters love it so very much, but we have yet to see a proper game play out. Will Ace of Diamond being playing the long game or will we get straight into the action sooner rather than later? It remains to be seen where Ace of Diamond will head from here, but for now Eijun’s struggles to make it onto the team are thoroughly engaging.

The take away here is the sense of realism to Ace of Diamond that eclipses its theatrics. Not all hopes and dreams are able to accomplished, sometimes life gets in the way. It looks to be the story Ace of Diamond aims to spin, a bittersweet tale of sacrifice. 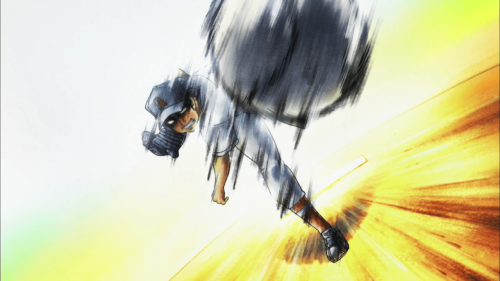