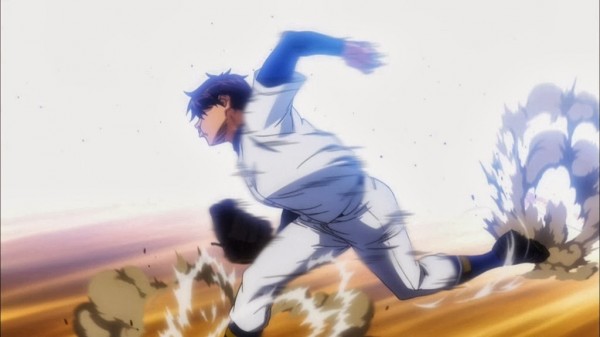 Sports anime veterans would understand how important this episode of Ace of Diamond was for the series. As with many sports series, Ace of Diamond began with some stage setting. Both this episode and the first episode are really all about putting all the pieces into place before the series truly kicks in. Now this can be a strange experience for those uninitiated in the sports genre as it often means that many characters introduced early on become inessential later on, contrary to a standard anime which generally introduces the important players from the get go.

What makes this episode important for Ace of Diamond is that it completes the preamble before the big game. The stage is set and Ace of Diamond is ready to play ball. That’s not to say that these first two episodes have been without incident, because that would be far from the truth, in fact a hell of a lot has happened in the span of these two episodes and in particular this episode really turned things up to 11. 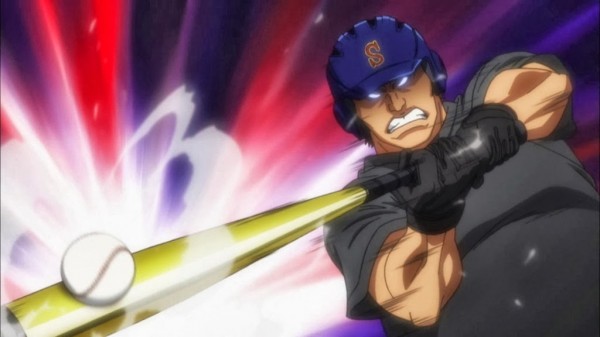 We pick up where we left off with Eijun and Azuma engaging in their duel. Eijun must strike out Azuma to defeat him. It’s a battle that for Eijun isn’t just for him, but for the values of teamwork and friendship that he holds so dear – values which Azuma does not share. What is most interesting here is that we come to see why Eijun is such a hot commodity. He is a diamond in the rough. He believes that he can only throw straight balls, but as the keen eye of Kazuya catches, Eijun’s release is unpredictable. This is both his greatest strength and greatest weakness, he doesn’t know where the ball will end up but neither does the opponent.

It is interesting to see the dynamic that forms between Eijun and Kazuya. Kazuya takes on a role of partner to Eijun in a way he has not ever felt before. With his middle-school team, while feeling a deep connection to all of his friends, Eijun was simply far above them in terms of latent talent. Because of this the catcher could never be on the same level as Eijun. That is not the case with Kazuya, he not only gets Eijun, but he can handle his best. It is with Kazuya that Eijun finally comes to see ‘real baseball’. In the final moments of the duel, Eijun works in complete unison with Kazuya and in his words throws the best pitch of his life. In that moment, you get the sense that Eijun has never felt so alive. A revolution is stirring inside of this young man and that moment as the catalyst. 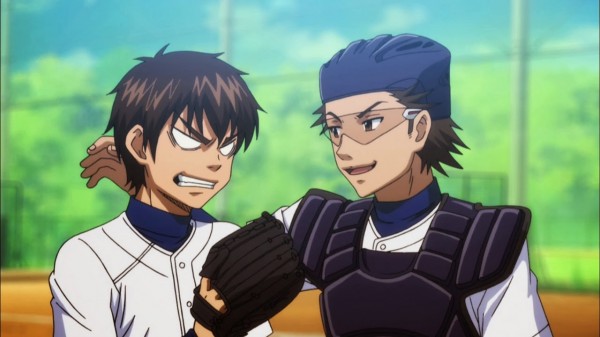 Back at home Eijun struggles with his emotions of whether or not he should take up the offer to join Seidou. Interestingly his friends encourage him to follow his dreams and take the offer. Eijun eventually decides to do it due to his friends push. It is a conflicting position that he is put in and he just can’t shake the feeling that he is abandoning them. In the final moments as they are all sending him off, those feelings are confirmed. They know they are only holding him back, but still a part of them wishes they could keep on playing baseball with him, because that made them feel alive. Eijun vows to carry their spirit to Seidou, go to Nationals and become the Ace that they all know he can be. 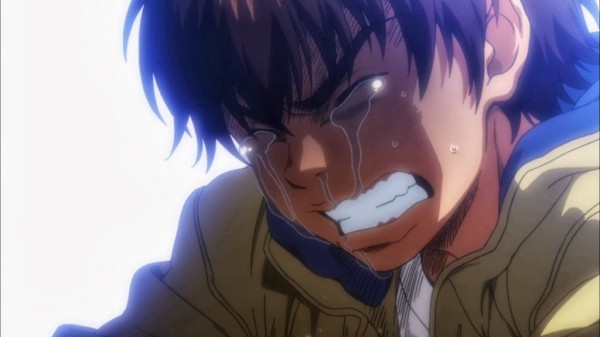 In the end, the tough decision had to be made and it is one that most sports series don’t take. What separates Ace of Diamond from the crop here is that sacrifices had to be made. For Eijun to ever make anything of himself, he had to become his own man and that meant leaving behind those he holds dear. It’s tragic, but as real as real gets for sports anime.

Next week looks to see Eijun begin that journey. The question now is, will the sacrifice be worth the dream?