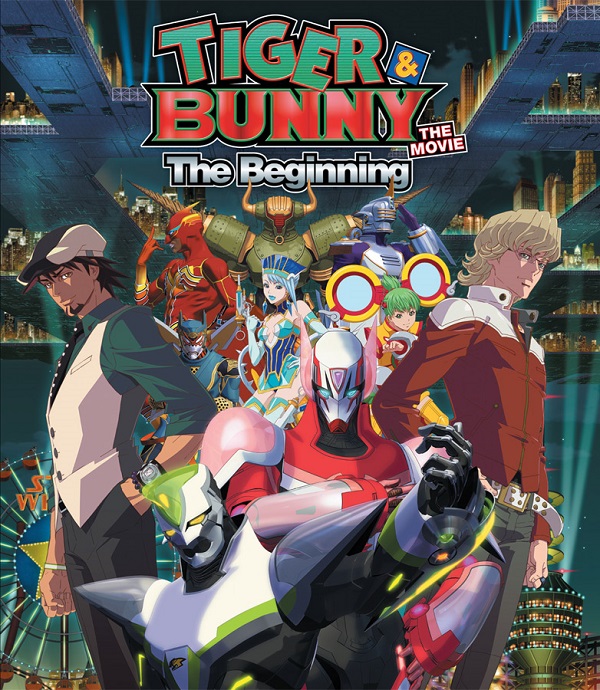 Next week on October 1st, the company will be releasing Tiger & Bunny The Movie: The Beginning on Blu-ray and DVD. Both of these home releases will include special plot trailers and previews as well as a Weekly Hero Countdown segment as bonus content. The DVD version will come with production art and footage from the Tiger & Bunny U.S> World Premiere Event Special while the Blu-ray contains not only the DVD’s bonuses but also the Anime Expo 2012 Tiger & Bunny Highlight Reel and interviews with the U.S. and Japanese voice actor cast and production staff.

A week later on October 8th the Tiger & Bunny The Movie: The Beginning Side A & Side B manga volumes will be published at a price tag of $9.99 each and they will only be available through physical print releases. The story of Tiger & Bunny The Movie: The Beginning is another look at the events that take place when Wild Tiger and Barnaby Brooks Jr. begin to work together as heroes of Stern Bild.

WIN – Tiger and Bunny: The Beginning