The Fall anime season of 2013 is just about here, promising a long list of new series to excite, sadden, enlighten and all around impress us fans of anime. With a plethora of new additions to the anime genre we all so love, it’s time to narrow down the fall season a little and take a glimpse at some of the stand out titles…at least in my humble opinion. But, you guys trust me…right? 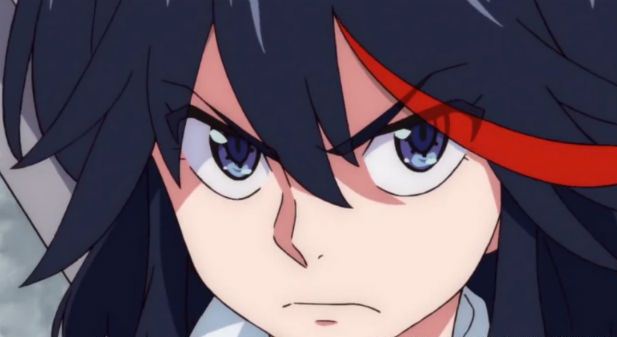 The team that brought us the anime literally fuelled by awesome, for those not in the know I of course speak of Tengen Toppa Gurren Lagann, is back with their newest series Kill la Kill. The series follows a girl named Ryuko Matoi who transfers to a new school. However, this isn’t one of those school set slice of life style anime…at least no life that I live. Honnoji Academy live in fear under the iron fisted rule of the School Council, headed by the President Satsuki Kiryuin. Oh yeah, they also have super powered school uniforms that grant them the power to crush all who oppose them. Naturally, our heroine comes across one of these uniforms, in her case a sailor fuku named Senketsu. With special powers in tow and one half of a giant pair of scissors, the other half of which Ryuko searches for as it is wielded by the person who murdered her father, Kill la Kill is set to be an action packed series. Once more, super school uniforms, giant scissor blades and a sadistic school council. One hell of a school. One hell of a series…soon. 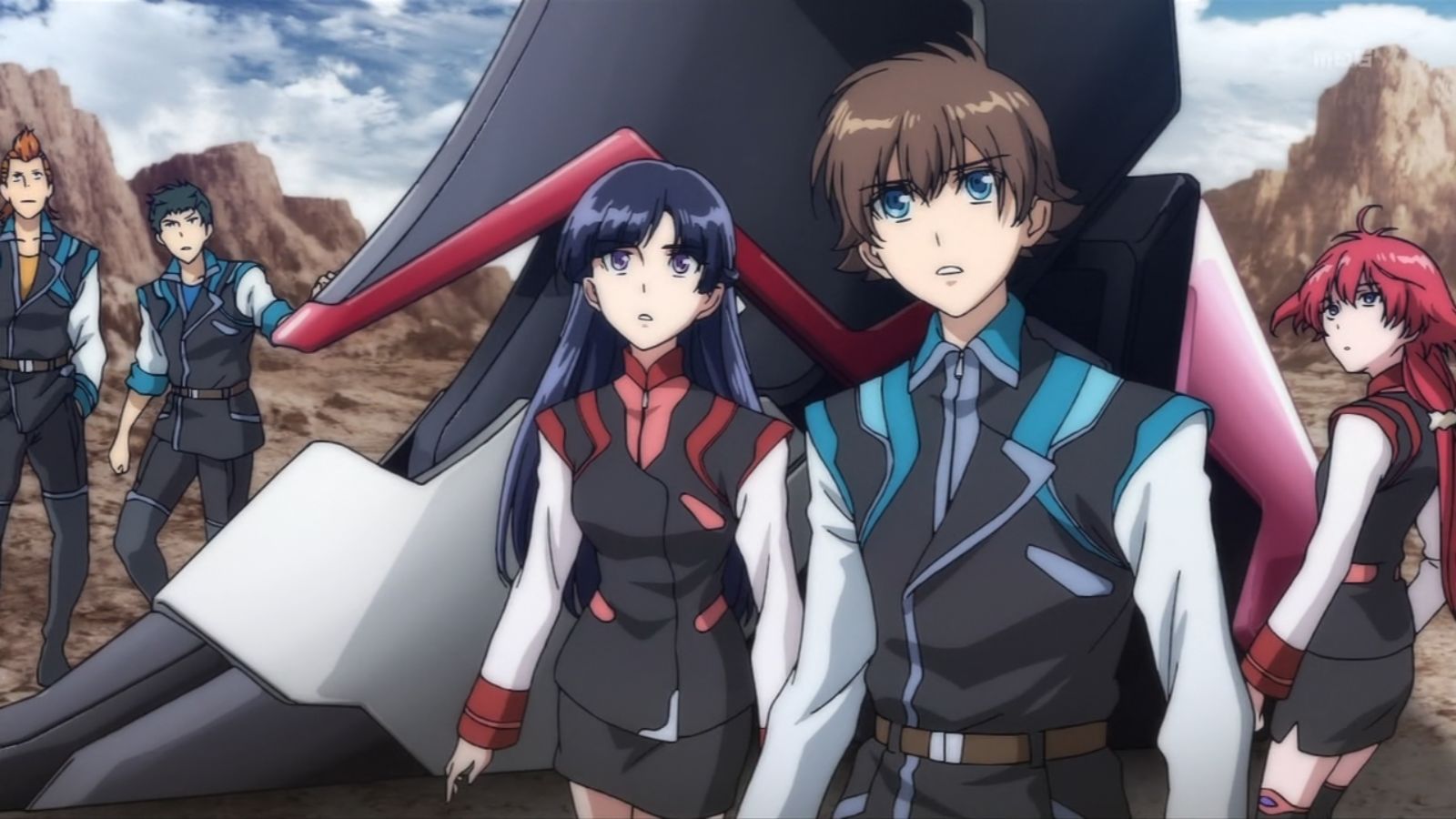 What are they looking at? The robot’s behind them

Where do I start with Valvrave? Definitely one of the quirkier anime I’ve seen. It’s got mysterious Mechs, “regular” school life, space colonies, political conflict…there’s a lot going on. Also the only anime I’ve seen that deals with the ramifications of secession. Season One dealt with the discovery of, and subsequent using of, the Valvrave Mechs and their overall badassery in the grand scale of space war. With everything revealed thus far, Season Two should provide us with some answers, though I have no doubt that it won’t be that simple, especially since politics are involved. The characters know what’s up, the enemies know not to underestimate the heroes and everybody is clamouring to get a Valvrave of their very own. Because giant robots are awesome and everybody knows this. With explosions, machines, space and ocassionally the tediums of space politics, the next installment of Valvrave is sure to prove interesting. If not confusing and completely off the rails. But that’s why we love it. 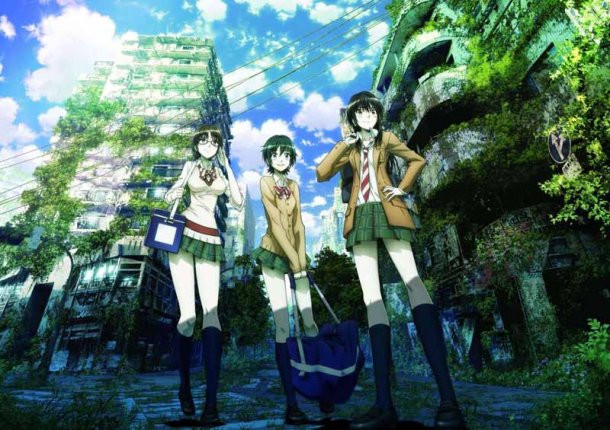 I have to admit, I knew nothing about this series before seeing the Fall line-up. I mean I still don’t know too much, but what I do know, I like. In the year 2016, an unfortunate event occurs in a nuclear power plant, contaminating Tokyo and subsequently leading to it’s evacuation. Twenty years later, a distress signal is received from the ghost town that once was a bustling city, leading to the dispatch of Special Force Coppelion. See, like the name of the show…now I get it. This taskforce is comprised of three teenage girls, naturally, who have all been genetically engineered to be immune to radiation and, from the trailers released, they look badass. The animation of the series looks to be pretty intense and fluid, also one of the characters performs a pretty sweet action reload. Of an old school Luger pistol no less. Though I’m not 100% sure on the details of this series, it has intrigued me enough to want to watch it. Which I will. 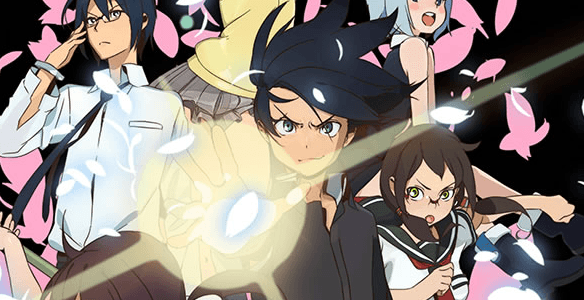 Yet another series that I’ve only recently learnt about and yet another that I am now interested in. First of all, from the trailers I’ve seen, the animation looks awesome. Everything looks so fluid and well designed, plus the facial expressions are really intense, something that I like in an anime. The series itself focuses on three girls and one guy, hence the quartet in the title. Though they’re more about destroying supernatural threats with their unique abilities, than harmonising vocals. Now the supernatural genre itself is cool, I mean who doesn’t like watching spirits and monsters fight superhumans? I do, so I’m going to watch this show. Simple. Humanity and those less-than-human-spirits-from-beyond-this-world will clash in well animated combat. Never before has a koi seemed more threatening…one of the demons is a fish, forgot to mention that. Sorry, I carp believe I did that…see, I made you feel better with a joke. 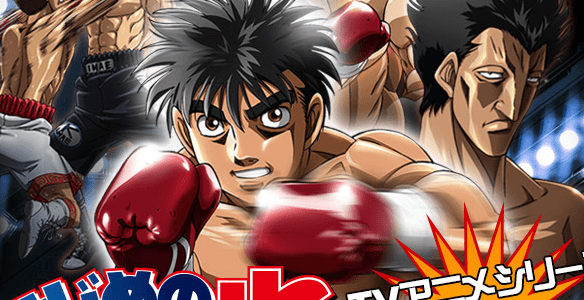 It’s been a while since I watched the last season of Ippo, but I certainly remember it well. Though the series wan’t jam packed with fights, the ones it did have were important and unbelievably intense. This may have had something to do with the fact that the animation ramps up tenfold during a match. Unlike anime that focus on a superpowered protagonist, Ippo showcases some of the weaknesses us mere mortals have…though the characters aren’t mere mortals and are instead incredibly ripped boxing champions. May have just undermined myself there. Regardless, the series focuses on the struggles of training, the danger of a fight and the limits of body and spirit. Rising is set to focus on the character’s drive to get faster, stronger and all around better than they ever have been before. Continuing from the last series, Ippo is intent on improving his signature move: the Dempsey Roll. When an anime character goes through the effort of improving a classic move rather than simply learning a new one, you know that something serious is about to go down. Most likely his opponents.

I’d also like to throw out a special mention to Pokemon XY because, well, it’s Pokemon. I know the anime tends to fluctuate between cool and mundane, but I’m hoping that this series stays up near the cool end. With the release of Pokemon: The Origin and the advent of Mega Evolution, hopefully the series shifts towards a more story driven plot. Either way, Froakie will be getting some screentime. Awesome.