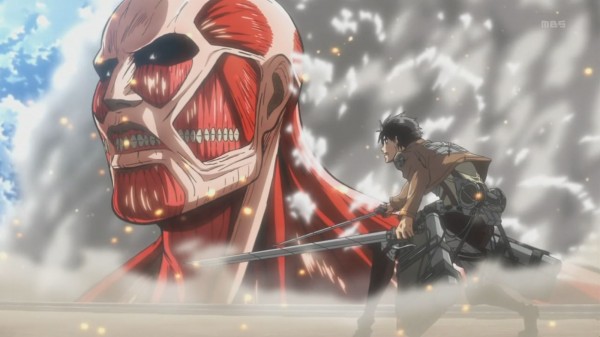 This game has been a fairly big topic lately, at least it has been here on the Anime side of Capsule Computers, we’re all wondering what type of game it will be and we’re all trying our best a guessing what it should be like and letting everyone else know why our ideas are the best for it. Bessatsu Shonen Magazine had a small preview for the game in it’s latest issue so now we have some screenshots from the game itself and it is looking really nice! The Attack On Titan 3DS game, which so far has gone unnamed, looks fairly cinematic and seems to keep to the same style as the anime series in it’s aesthetics. 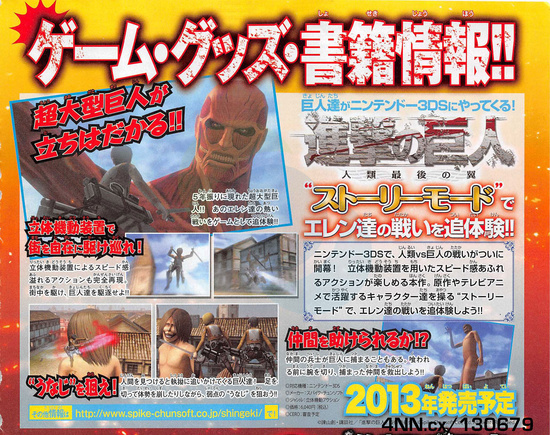 Screenshots from the much-anticipated game.

The game is being developed by Spike Chunsoft (Danganronpa: Trigger happy Havoc, Pokemon Mystery Dungeon: gates To Infinity) and is said to have a Story Mode wherein which the players will be able to recreate scenes from the Anime and Manga series with Eren as the lead, you’ll fight alongside other soldiers and main characters as you take down the Titans one by one. The development team boast that players will be overwhelmed with the action and breathtaking sense of speed within the game, let’s just hope they deliver considering the Anime has already raised such a high bar.

The “3D Maneuver Action Game“, as it’s been put, will have different scenarios within the game, for example; scenarios where the player must race to the aid of a fellow soldier as he or she is in the grasp of a Titan, the player must dash to the enemy and cut of their arms therefore freeing the captured soldier. The game is set to “ship” for the 3DS sometime later this year but as of right now this is literally all the information we have so keep an eye on the site for any and all news and information to be released. 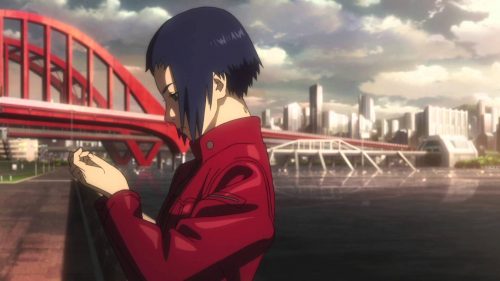 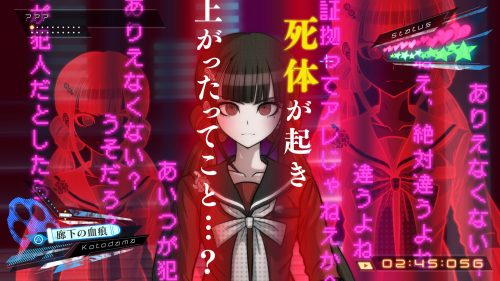