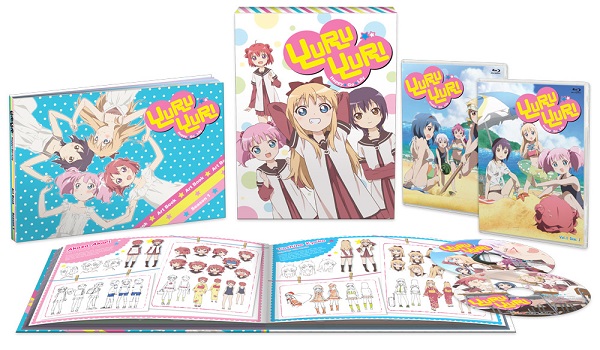 Today NIS America announced that they had acquired yet another anime series and this one will make quite a few anime fans happy. They have announced that they will be YuruYuri over to North America on September 3rd. The anime will be given their premium edition treatment meaning that it will come with a hardcover art book that has character and promotional art, staff interviews and more contained within an oversized chipboard slipcase.

The anime will be released on Blu-ray only and will feature clean openings and endings as well as episode previews. YuruYuri follows four schoolgirls who take over the tea ceremony club room to form an amusement club and was a harmless fun series that was known for its “cute girls doing cute things” aspect. The series debuted back in 2011 and a second season called Yuruyuri♪♪ aired last year. We have contacted NIS America to see if they have any plans for the second season of the anime at this time.

Update: NIS America has responded to our question and they have said that they own the license to the second anime season of YuruYuri as well and are planning on releasing it sometime in 2014.