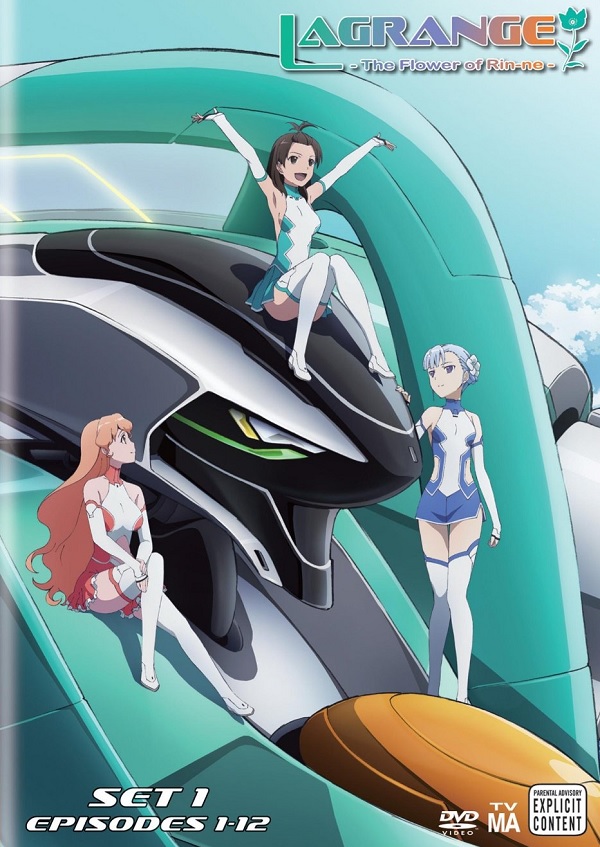 Overview
There are quite a few anime featuring mechs battling against one another as well as a large number of series focusing on the bonds between the cast and even more focusing on cute girls doing cute things. However what happens when those three things are combined together to create an anime series? Well Lagrange: The Flower of Rin-Ne is what you get; however is Set 1 of the series worth your time?

Story
At the all-girls school of Kamogawa, a certain girl named Madoka Kyono is the sole member of a club called the Jersey Club. This club is a continuation of when her cousin attended the school and the Jersey Club serves as a Jack of All Trades where its members help out anyone who is in trouble or requests assistance. This means everything from helping out other clubs when they need an extra member, to assisting teachers and even saving people who may be drowning out in the ocean. 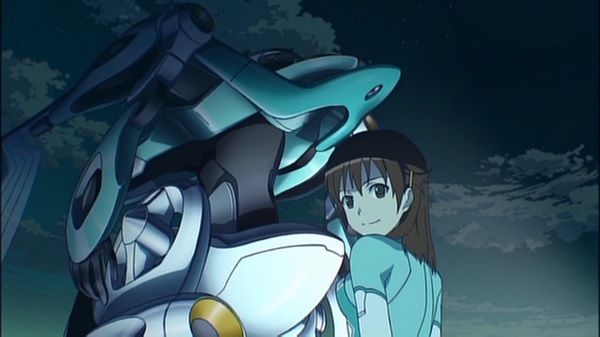 However when someone she has never seen before requests that she become someone who will defend the earth against alien invaders, Madoka may be getting more than she asked for. You see, a strange girl named Lan has appeared on Earth and introduces Madoka to the fact that not only do aliens exist, but Lan herself is from the alien organization named Le Garite, and Madoka must join a human organization working alongside Le Garite on a traveling island named Pharos to defend the earth from another alien threat.

Madoka is never one to turn down a request and as she becomes fast friends with Lan, she accepts the role of piloting a mecha called the Vox Aura which she seemed to have bonded with many years before during an incident. As she begins defending the Earth from incoming threats, not only does she become closer with Lan, another Vox pilot, but Madoka also becomes fast friends with a ditsy girl named Muginami, yet another bonded Vox pilot. 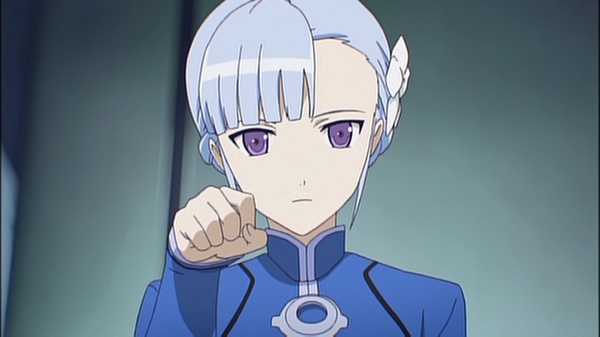 With these three Vox pilots together, it seems like everything may be heading towards a successful end with the humans and the co-operating alien forces succeeding. However little is as it seems and as the dark past of the Vox is revealed and more light is shined upon the various alien forces, Madoka and her newfound friends must try to persevere, even when they know little of the machinations of those around them.

Lagrange: The Flower of Rin-Ne is a rather interesting series as it takes a number of rather generic stereotypes and actually manages to blend them together into something quite interesting. The three main girls all feature personalities that we have seen before but thanks to the amount of character development and their interactions with one another help these three simple archetypes work well with one another. 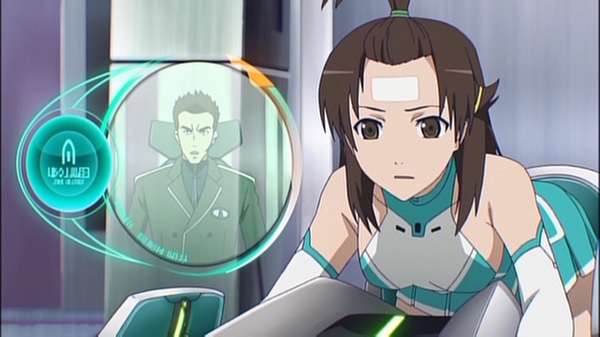 Whenever the series chooses to focus on these three it usually always focuses on the more light-hearted comedic elements of a “cute girls doing cute things” series as these three tackle various Jersey Club tasks and grow closer to one another despite initial complications and one of the more interesting aspects of the series is watching how close knit these three become as they overcome the challenges in their path, whether it be an approaching army, dark stories from the past or simply capturing eels in swimming pool.

On the other side of the coin, these three are Vox pilots and whenever the focus shifts towards the drama aspect as these three find themselves caught up in the politics of the warring aliens battling over the Vox and to make matters worse, neither side reveals all of their cards. This means that even though plenty of explanations are given, for every answer the viewer receives another question is raised. Though considering there is a second season, these various questions will likely be answered then. 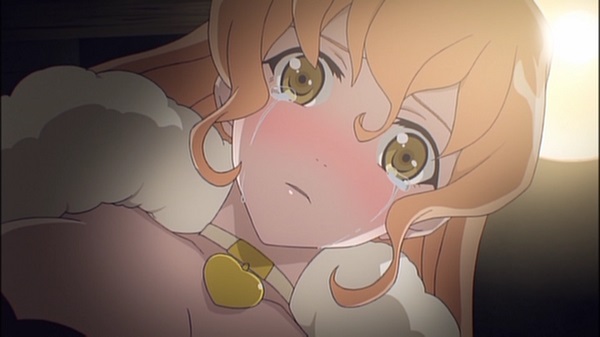 In the end, Lagrange: The Flower of Rin-Ne Set 1 features both light-hearted moments of three girls growing closer together through adversity as well as plenty of drama and mystery about the warring factions and the Vox. Not everything is revealed but there is a nice balance found between light and dark and thanks to strongly developed characters and an interesting plot Set 1 leaves us with plenty to look forward to in the second season.

Visuals
Lagrange: The Flower of Rin-Ne features both standard animation techniques as well as a fair use of CG elements whenever the mech units and the Vox are focused on. These CG designs are rather intricate looking and look great in motion as the combat sequences are not only extravagantly animated but also quite colorful thanks to the nature of the machines the girls are piloting. 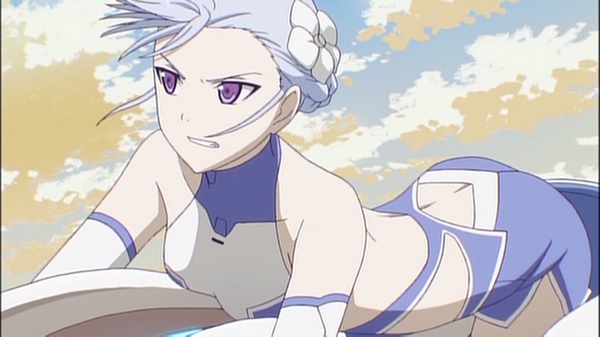 The character designs are rather simplistic and a bit stereotypical as well but even though they are usually well animated, the standard animation sequences often see drops in quality, especially at mid-range with facial expressions and details becoming vague semblances of themselves at close-range.

It is worth noting that although Viz Media has given Lagrange: The Flower of Rin-Ne a “Explicit Content” label and rated it MA, the anime’s fan-service elements are fairly tame in comparison to many of the other series out there. Sure the girls’ Vox uniforms are a bit revealing and there are a few suggestive themes involving eels as well as shaded nudity with no actual nipples shown, but nothing overly sexual occurs and no full blown nudity is presented. 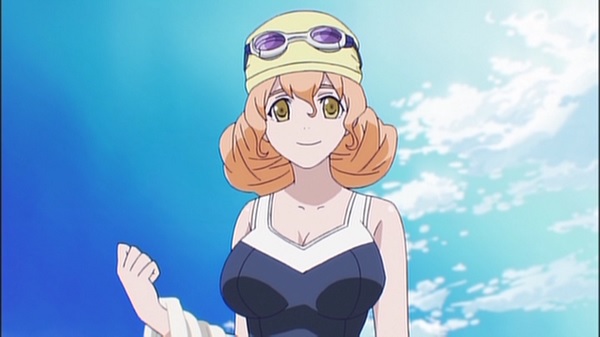 That being said, there are some yuri undertones and a few instances of girl on girl sexual harassment, but these tones can simply be passed off as a close friendship between Madoka, Lan and Muginami.

Audio
Being a Viz release, Lagrange: The Flower of Rin-Ne Set 1 features both the English and the Japanese voice track. The English cast handles the dub quite nicely, though Muginami’s Karen Strassman does seem to oversell the character’s ditsy personality a little too much. 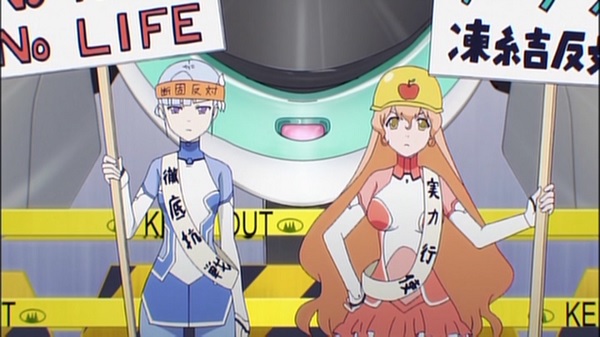 As for the series’ soundtrack, it sports a number of memorable background tracks which, the most notable of which play during the action sequences or as the Vox are set to take-off. The opening theme for the series is “Try Unite!” by Megumi Nakajima which is set to some rather outstanding animation and works well as the series opener while “Hello!” also by Megumi Nakajima provides a fitting ending theme that highlights the light-hearted side of the series.

Extras
Viz has provided a bit more than the standard fair of bonus features for Lagrange: The Flower of Rin-Ne Set 1 by including fifteen minutes worth of “Kamogawa Drama” bonus shorts which are mostly comedic and also a bit fan-servicey and focus on side-stories that occur to the girls. 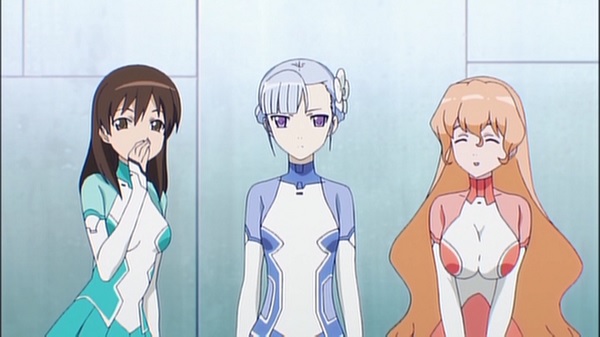 Besides the inclusion of the bonus shorts, there are also your standard clean opening and ending theme and the addition of production art. There isn’t much in the way of production art here besides the girls in different outfits, some side character art and images of the Vox robots. Sadly the company did not choose to highlight the various end-card artwork featured in each episode as a bonus of any kind.

Overall
Lagrange: The Flower of Rin-Ne Set 1 takes a number of tried and true anime fallbacks and creates an interesting story that features a memorable cast of characters and their bonds with one another, fluid action sequences and a number of comedic light-hearted sequences paired with dark drama. While numerous questions viewers are left with by the end of Set 1 may be problematic, these revelations will likely lead us to an even better second season whenever it graces store shelves with this charming trio of female leads.