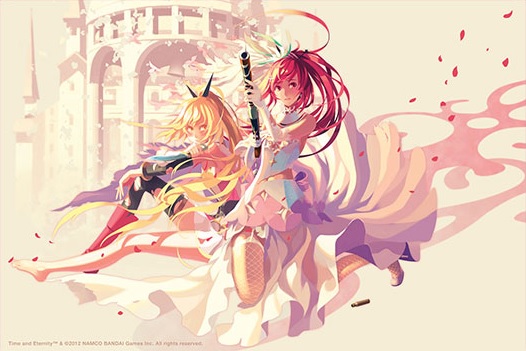 Today NIS America announced that they will be releasing a Limited Edition version of Time and Eternity when the game comes out on July 16th. While this version of the game costs $64.99 compared to the $49.99 price of the normal version, it comes with two awesome extras.

The bundle contains the above Double Vision poster which measures at 24″ x 36″ and a fully colored hardcover art book which will likely contain some pretty great artwork considering the visual style of the game. It also includes the game itself and the Timeless Love soundtrack CD, but this CD is also available with all first run copies of the basic Time and Eternity edition.