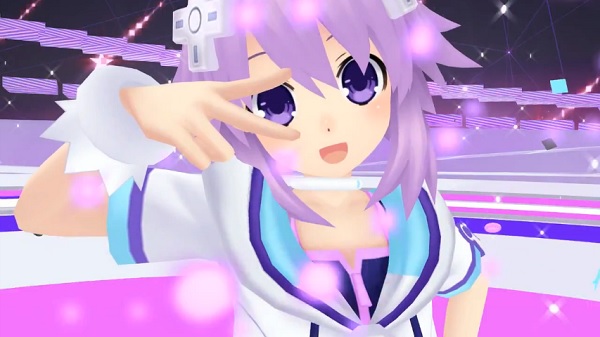 Today Compile Heart released a new trailer for Hyperdimension Idol Neptunia PP and this time around they have included actual gameplay footage. In the video below you can check out Neptune as she sings and dances to the song “Fly High!”

To be a bit more specific, the song is actually sung by Neptune’s Japanese voice actress Rie Tanaka but anyways, it looks like the game is a bit on the cheaper side for a Vita title but for fans of the Neptunia series, this may be too much to pass up. It is worth noting that NIS America has currently announced no plans to release Hyperdimension Idol Neptunia PP in the West so importers may want to keep an eye out for the game when it is released on June 20th in Japan.