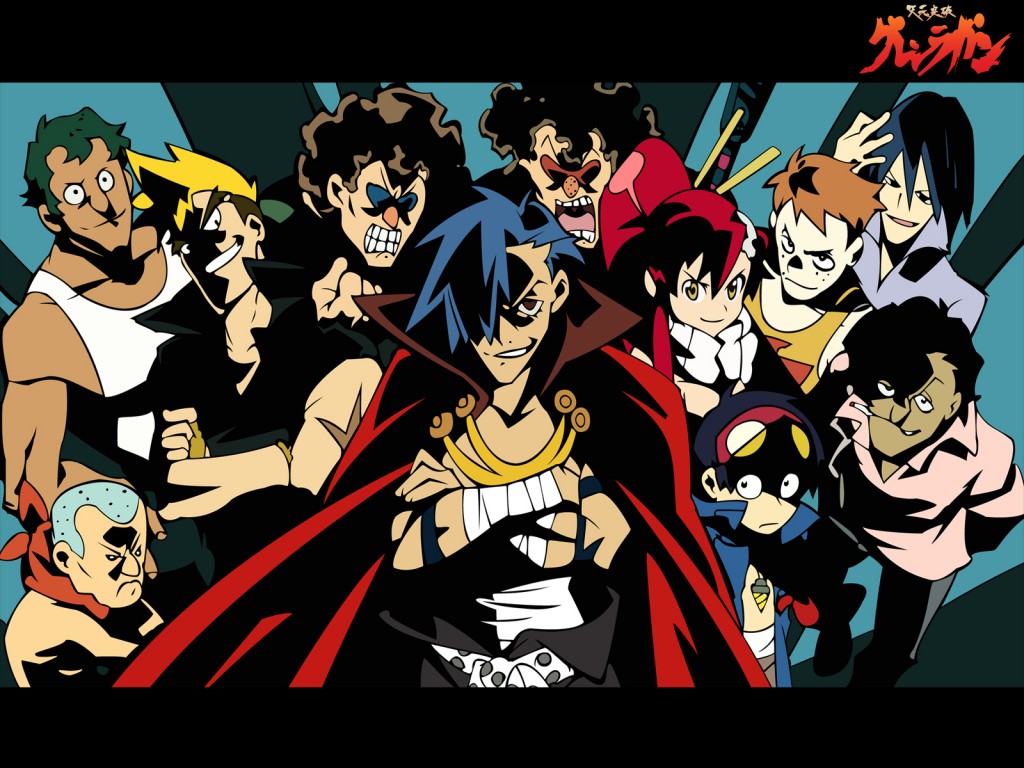 F: I guarantee that whilst reading the title most of you had a character in mind, a character that you kind of hate, just a little bit, despite how much you love the anime or manga they’re in. The first person to come to my mind is Tsunayoshi “Tsuna” Sawada from the Shonen Jumps series Reborn! who, although bad-ass (yeah, I’ll admit it, he’s a bad-ass), if flippin’ annoying for the most part. Now unless you’re a super crazy fan girl/boy there’s not a good chance that these awkward, kind of, lame characters are going to be your favorites, you’ll remember them, but will they be your favorites? Doubtful. Follow Kane and I (Frank) as we go on this journey. Welcome to: “Just Get In The Damn Robot!” – Reluctant Protagonists, Do We Really Need Them?

K: Yeah, these guys. The characters who panic and cry and moan about what’s going on in the plot. I understand the reasoning for the characters, I really do, but sometimes you just want to slap some sense into them. Creators make these characters to connect to the audience, to show what would happen if one of us was put in a similar situation. Cool. I mean, who hasn’t wondered what it would be like to be in your favourite series? But has anyone seriously imagined themselves as the scared guy. Doubtful. These kinda characters can be used well, generally as a foil to a bad-ass or just kinda confident person, like Simon and Kamina from Tengen Toppa Gurren Lagann. Both are complete opposites, but they work together. That isn’t to say you don’t want to tell Simon to “man the hell up and fight”, but Kamina generally does that for you. One is supposed to be you, realistically speaking (the coward), and the other is who you think you’d be (the awesome guy).

F: So let me just say for the record that I’m not just that guy who bags out on a character just for the sake of doing so, I’m not here to do that. I want to talk about the very well known Shinji Ikari of Neon Genesis Evangelion fame he is very high up there on my list. I happen to be a big fan of Evangelion, what I’m not a fan of is Shinji, wait, early Shinji! I understand the need for realism in anime, I do, I get how a fourteen year old is most likely going to be hesitant when asked by his elusive father to pilot a giant robot so he can fight space aliens, I get it. Shinji cries and he panics and he goes on terror tantrums most of the way through the series, he seems to slip in and out of awesomeness as a character; one minute he’s whining, the next he’s going mental and killing everything around him for the sake of a friend and that rules, what doesn’t rule is that even after seeing all he’s seen, most notably…the death of most people around him…he still hesitates to save the known world (fans who have seen the entire show will know what I’m talking about). It’s the hesitation. I may be looking at this in a far too shallow way but that’s how I feel about it. I still love Evangelion though. I just think that in this day and age, in 2013, the realistic stuff in anime can mostly go out the window. I’m just done seeing characters fall to the ground instead of rising to the occasion which is essentially what Anime is about.

K: Yeah. Basically in a world where giant, bio-robots fight other giant, robot things, realism has already left. It comes down to escapism in the end. Everyone knows what real life is like, sometimes it’s good other times it isn’t. Generally people don’t sit down to watch a series to see the downsides of life and a negative personality portrayed in a protagonist. Now I don’t mean to sound overly critical or short sighted, I understand that it’s the connection to genuine personality traits that help us understand a character, but people also want development. I would panic if asked to pilot a ten-tonne, death machine from beyond the stars, this is a fact, but it’s not me they’re asking. It’s not our world they’re in. These worlds are created to be fantastic and amazing. We, or at least I, don’t want to see all my negative attributes on display in a main character. I want to imagine, think “Hey I could totally step up and be the hero, save the world, get the girl.” Not going to happen in this lifetime, but it can in another. In a creation that flips reality on its head and says “You know what life needs? Robots, lasers, space, and all that cool stuff.” Some characters stay reluctant far beyond what they should. Fear is supposed to be an obstacle to overcome, not a wall you can’t get past. An odd example is Jacuzzi Splot (yes that is his name) from Baccano!. All he does is cry and complain over the tiniest things, but the creators used this. He cries, so that when the action kicks in he’s got no tears left to cry. Although an extreme example, that’s what people want, to hold onto the belief that they can be better than they are.

F: Let’s look at some brand-new anime; Attack On Titan (which you all know I love) and Valvrave the Liberator. Eren Jaeger (Attack On Titan) is a young child when the Titans first broke the wall, he saw his mother crushed, snapped and then eaten…yeah…brutal huh? You know what Eren is now? A damn soldier who’s main purpose is to kill the things that killed his mother and most of the people he knew, he doesn’t live in the fear of them, he stands up and fights them. Granted, he did want to join the military and kill Titans before his mother was killed but if anything that makes my point stronger! Haruto Tokishima (Valvrave TheLiberator) saw a girl die right before his eyes (vaporized by a laser), a girl that not 20 minutes earlier he had told he loves, a giant robot is present to him and he takes hold of that situation, yeah, the robot was just kind of there and, yeah, he hesitated for like a second but after that second he sacked up, got in the damn robot and smashed up some enemy bots and it. Was. Sweet! That, in my opinion, is a good-ass protagonist! Flip the coin and what do you have? Crying for a while, “I don’t wanna be a [insert main plot point here]”, less crying, “Alright I’ll fight now because my friends are in trouble but after that I’m going back to being a normal kid”, it’s all just a bit too annoying for me.

K: Basically in the end it all comes down to the series itself. Sometimes a reluctant protagonist does fit into the story, it may even help it along, but sometimes it’s just unnecessary. Sometimes it feels like a creator wants so hard to “connect” to the audience that they add in a character personality that isn’t entirely needed. It just feels like it’s being overplayed to an extent. If you want reluctance, you use it well, you build a character from it, instead of just creating a shallow portrait of a person. Some characters are given reluctance, that’s it, that’s their defining trait, what they show to the world. Hell, even drawing attention to it can redefine a character. “Always scared, yet they still keep fighting, the definition of true courage.” Something that makes you believe that this character is a person, that they could have had a life before you pressed play and saw them cry for safety. It’s more of a criticism on character development than anything else.

In Conclusion: When you really look into it, it becomes less of “do we need reluctant protagonists?” and more “how do we make them more convincing, more likable and more rounded as characters?” What do you guys think? Let us know and add to the conversation!