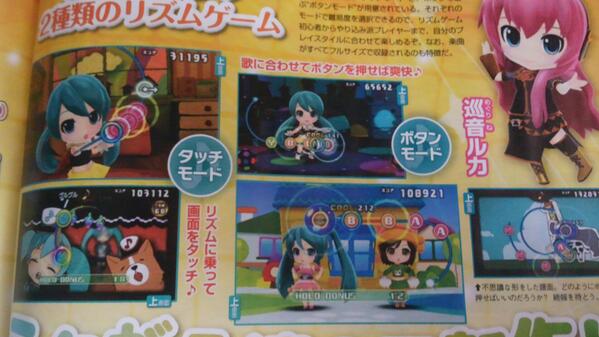 Remember that teaser website that Sega launched yesterday? Well now that Famitsu has been leaked early, as it always does, it has been revealed that the next Hatsune Miku game is a sequel to the Project Mirai series on the 3DS. The game is currently being called Hatsune Miku: Project Mirai 2 and will be released in Japan sometime this fall.

The game will feature full-sized songs and be rhythm oriented where players can play either by using the game’s touch screen, the 3DS’ face buttons or both. Currently the following songs have been confirmed for the game: Neoko no Payapaya by One Cup P, Do Re Mi Fa Rondo by 40mp, and Yumeyume by Deco＊27. From the scans below it looks like Megurine Luka and Meiko will be playable in the game as well as Hatsune Miku normal and Sakura Miku. 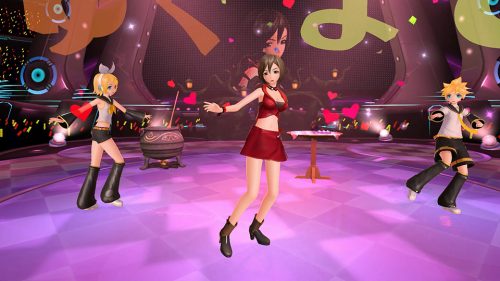