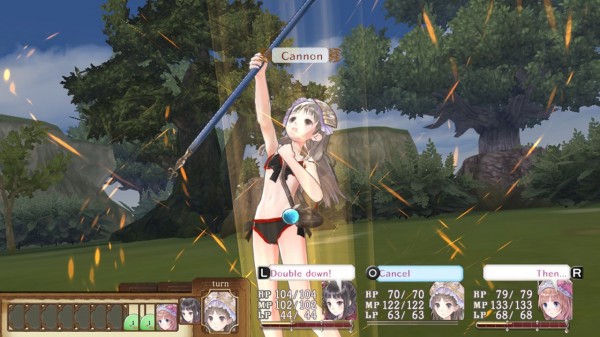 Woah. I mean, this is great news but Tecmo Koei has really caught everyone by surprise here. Today with the PlayStation Store’s update the company has released the PlayStation Vita port of Atelier Totori: The Adventurer of Arland in English without even saying that they were actually going to do it.

While the game was rated for release in Australia, Tecmo Koei never mentioned that they had any plans of releasing the game overseas, so this is certainly a great surprise though probably some form of marketing would have been good. The title is available for download at the PlayStation Store for $39.99 and if you buy the game before April 16th you will unlock the “Devil Bikini” and “Angel Swimsuit” costumes for Totori. It is also worth noting that early buyers of the game have stated that the game does include both the original English voice work recorded by NIS America and the Japanese voice track as well.