Malevolence: Sword of Ahkranox is a rather unique feeling, looking and playing game in todays gaming environment. The team behind the title have taken the conventions of much older open world RPGs, like The Elder Scrolls and Might and Magic, and applied them to a more modern title. Add a little bit of what I’m pretty sure is procedural generation and you’ve got yourself a pretty accurate basic idea of Malevolence: Sword of Ahkranox.

So right when you start the game, before you even launch it, I’d suggest changing all of the games settings to suit your setup. For me, this meant that enabling widescreen mode and enabling 32 bit graphics was a must. There are also other settings like game detail and bloom density. I’d really suggest finding a spot that looks best for your machine. While the game isn’t exactly graphically intense, some settings may look and run better on certain types of setups. 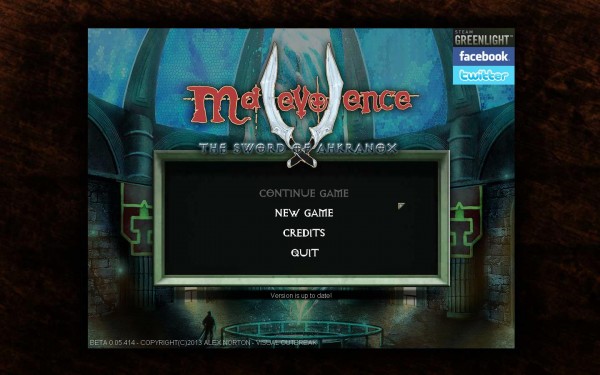 Okay, so you’ve done some config and now it’s time to actually play the game. You’ll find that by clicking on the new game button on the in game menu, you’ll be taken to a character generation page. Once again, this is very reminiscent of classic games where you would choose a portrait and a voice packet that suits you and then go on to name your character. From what I can tell, there is very little impact (if any) of different selections on the gameplay of the game.

As the game begins, you’re taken through a FMV cutscene that tells you a little bit about the lore of the world and your place within it. Apparently there are these beings that are born every few generations that can wield the Sword of Archanox or something. These beings (from what I can tell) are generated as full adult humans within this temple location. However, something goes wrong during your generation into the world and you are instead brought to life in a city somewhere. With guards chasing you, you run off and a mage helps you out by throwing you into a portal leading you to the middle of nowhere. That ends the cutscene and begins your game.

You’re dumped into a world consistently filled with next to nothing. The most you’ll see right at the start of the game is some trees, grass, rocks and maybe a hill or two. It quickly becomes evident that you must adventure out to try and find -anything- really. And, well, there are things to find in this game. They just feel like they’re really spaced apart. 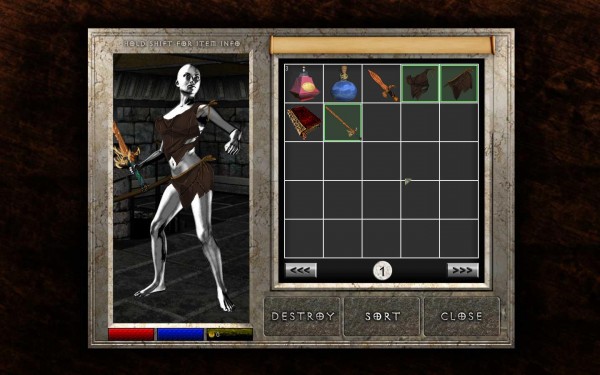 Movement in this game is a little strange at first. Imagine that you are on a grid and that you can only move in one arbitrary direction at any one time. This is how the movement in Ahkranox is played out. While it is kind of strange to have this movement scheme in the open world, it makes sense once you head into dungeons.

I remember heading west for like 30 minutes before I ran into some kind of abandoned household. Could I enter it? There wasn’t a door and random spam clicking lead me nowhere. So I left that area and headed north. I passed a few similar locations, but one was covered in jars. It was here that I found some loot. There were also some abandoned camps and camp fires that could be looted for gold and other valuables. However, despite looting a bunch of locations and travelling for well over an hour, I had yet to reach any kind of civilisation or anything remotely like a dungeon.

Just I was about to give into despair and boredom, I encountered a graveyard. It should be noted that during this journey, I had mastered the local map. I still have no idea how the other two work. Anyway, there was this graveyard and it had a crypt or a mausoleum in it. There would definitely have had to have been a dungeon here, right? 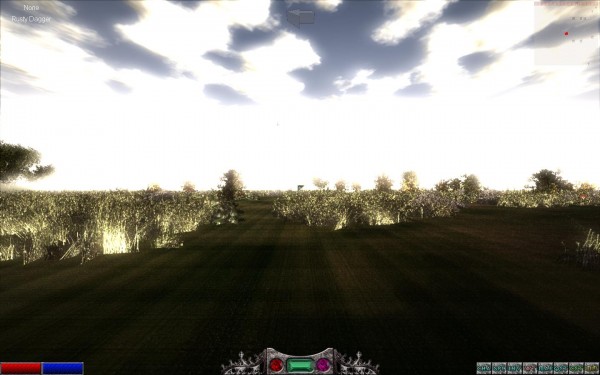 Well yes, there was! And even better, it seemed pretty well tuned to my skill level. What was odd though, was that the entrance to the crypt was a solid wall on the side of the object. Quite strange. So I headed down into the crypt and engaged in combat with some foes. One of which dropped a cool helmet. I immediately equipped it.

Combat in Malevolence: Sword of Archanox is a little strange. If I had to liken it to anything, it’d be turn based combat. What’s odd about the game is that when a monster is near you you’ll notice that your movements become a little more jerky. This is because the game is taking this split-second to move the monster unit in your direction. However, the monster can only move after you’ve had your movement turn, so as long as you don’t head towards it or box yourself in, you may never actually fight that monster. 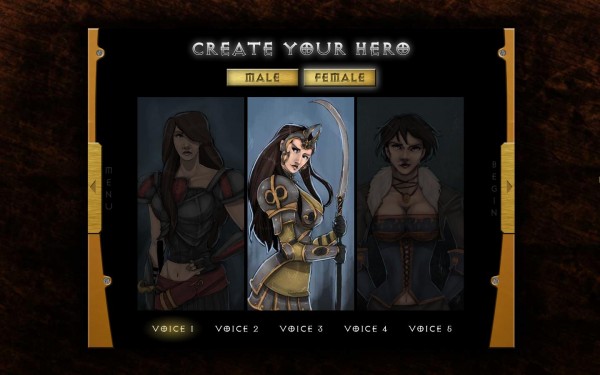 Over the course of my journey, I encountered many abandoned households, many abandoned camps and many dungeons. Some of these were above my skills, some below, but I never once encountered another living soul. Are there other people living in the world of Ahkranox? If my journey is to support me, no, no there is not (I’d also like to suggest here listening to the wizard dude at the start). But then, why have the player finding gold? Surely there’d be vendors somewhere? Maybe I was just traveling in the wrong direction? Let’s hope that your journey will be a kinder one.

Overall Malevolence: Sword of Ahkranox is shaping up to be a great game. Fans of classic RPGs and players that love adventure will find this game pretty intriguing. I know I did.