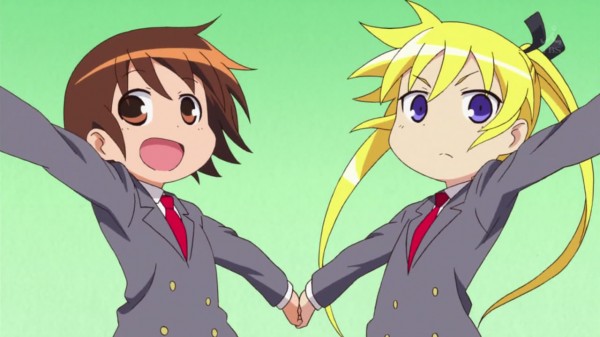 Well… this is certainly a pleasant surprise. Today Sentai Filmworks announced that they have acquired the license for the Kill Me Baby anime series. This is certainly a unique pick-up because not only did the anime air last year in January 2012, it was widely regarded as one of the most boring anime of that season despite the fact that I found it a nice little diversion that could provide a few laughs here and there.

Anyways, Sentai Filmworks is actually going to be providing an English dub for the series and are planning on releasing it sometime later this year. For those who don’t know, the story of Kill Me Baby is almost non-existent as it is a gag anime focused on Sonya, an assassin girl who attends a school and is constantly bothered by Yasuna her idiotic friend and a ninja named Sonya who seems more than willing to scam people out of their money.