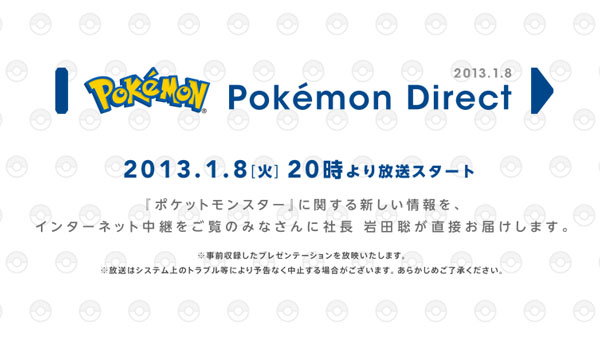 Remember how last week, Nintendo began teasing that they would have “big” Pokemon news to announce sometime on January 8th? Well we now know roughly when to expect that news because today it was revealed that Nintendo CEO Satoru Iwata will be hosting a “Pokemon Direct” broadcast tomorrow in Japan.

The broadcast is going to be ten minutes long and is set to start at 8:00 PM Japanese time, which makes it 6AM North America EST. As for what the news could be, many have rumored it to be either the next generation of Pokemon game for the Nintendo 3DS or perhaps yet another remake/spin-off for the company’s latest handheld.