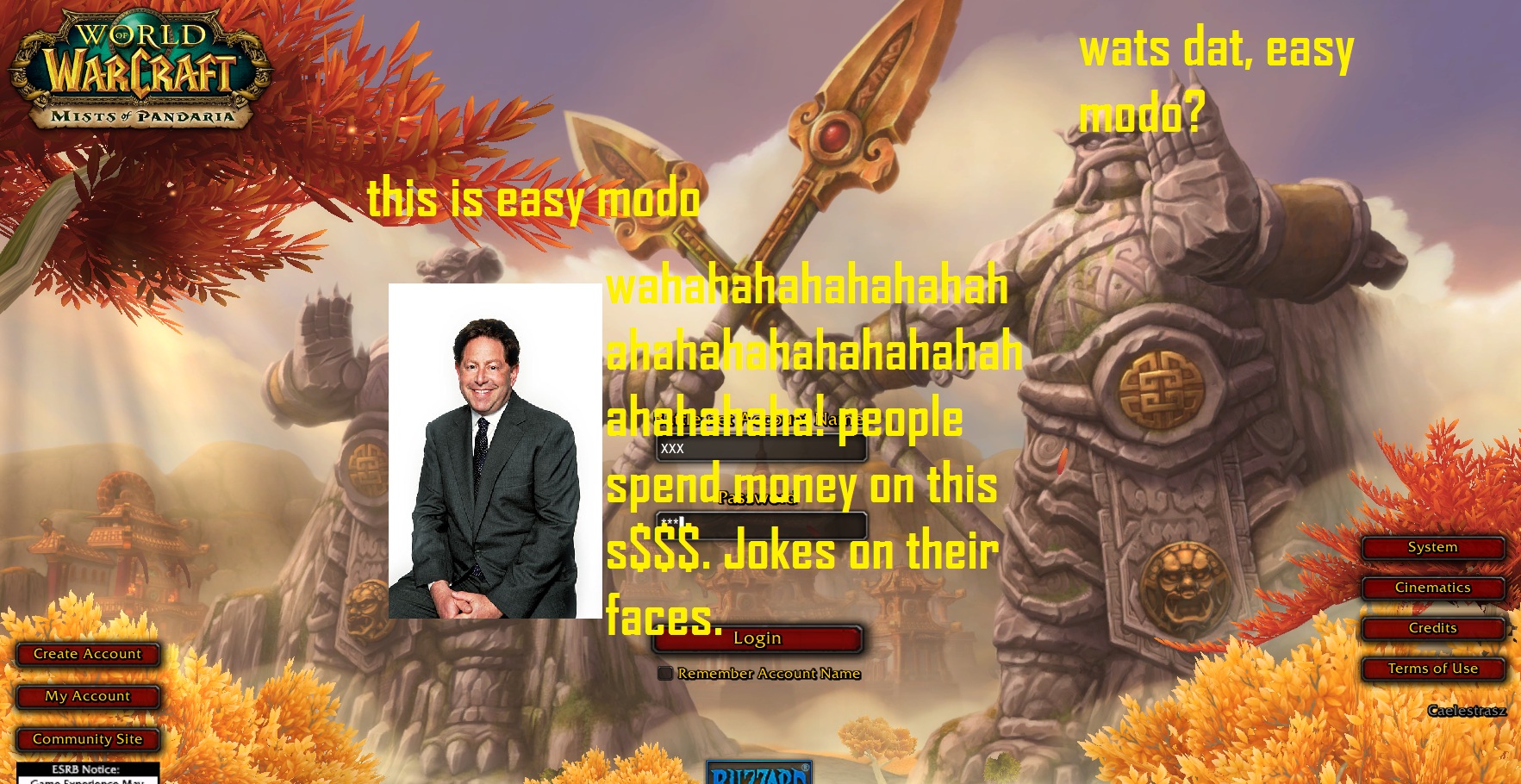 I’m almost certain that this is something that many players have encountered in recent memory. This thing is that MMORPGs just aren’t all that challenging any more. I mean, I’m not entirely sure if they always were… but definitely they appear to be getting a lot less challenging and time consuming on the whole.

Let’s take a look at some of the MMORPGs that have released this past year alone. Star Wars The Old Republic, Rift, a new WoW expansion pack, TERA, Guild Wars 2 and I’m absolutely certain that there are a bunch I’m missing. Out of all of these, the only one that is remotely deviant from the formula prescribed by Everquest is TERA and even that still has the quest system present in all the other MMORPGs on this list. Perhaps the fact that all of these games play identically has lead to the feeling of easy mode? Perhaps players are just getting good at the game?

I say that this is not the case, I argue that it is just the developers getting lazy. I have been playing MMORPGs off and on for years now. However, the first MMO that I have played concurrently for multiples of those is World of Warcraft. Now when I first started that game was just after the launch of Wrath of the Lich King. This means that I still had to work through all of the previous content with all of the issues that came along with it as the ‘Dungeon Finder’ had not yet been introduced. Yes, Dungeons were a massive timesink that most players would skip over, however, you could always find a group to get one after a long enough period. 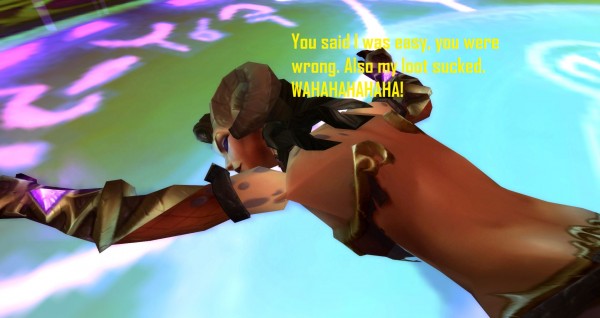 So even back before this streamlining of the dungeon finding system, players were still faced with the challenge of even finding a group. Now, a lot of you will argue that I’m being way too specific here, but really, the Dungeon Finder system is present in nearly every other MMORPG out there at the moment.

Then after you went through the trouble of assembling the group, you had to hope that everyone was good enough at their roles that you could actually complete the dungeon. This is because no dungeon at the time was a cakewalk if you were the right level and had the right equipment. Yes they were easier, but make enough mistakes and you were dead. To make matters worse was that dungeons were mostly long and had you travelling a fair distance to get back into them. So players were always playing at their best to avoid this. Die enough times and the monsters would respawn, making the dungeon even longer than that.

Lets compare that to now where finding a group is as easy as hitting a button and having the mechanism check for the right levels of gear before entering a dungeon. One would think that if you required a certain amount of gear just to enter, as well as having the convenience of finding groups quickly, that the dungeons themselves would be pretty difficult. Right? Hahahahahahahahaha! Nope. In this latest WoW expansion, I have died once in a dungeon and that was because of a disconnect. This is after just going to the Auction House and buying PVP equipment just to meet the minimum dungeon requirements. Even more strangely, the dungeons took no more than 30mins per run and that was taking it slow. 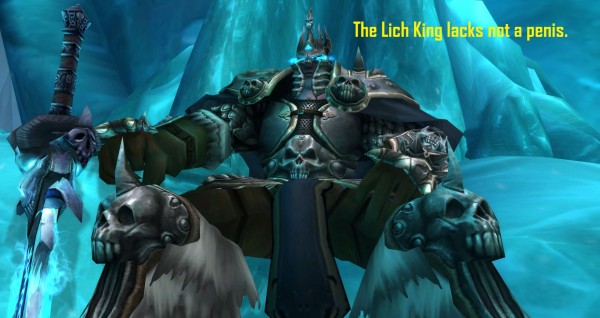 Let’s compare this to the previous expansion pack, Cataclysm, which was a step in the right direction. In Cata, you had to at least find the dungeon before being allowed to teleport into it. And damn man, you needed to have a great amount of teamwork to even reach a boss in those dungeons. As a rogue, I was using skills that I hadn’t even had to consider since I ever even picked up the game. This is counting raids as well, almost all the previous raids were mechanical nightmares against bosses, but trash enemies rarely had some kind of strategy to them. I really, actually, quite enjoyed needing to participate as a team for these dungeons because you know that the satisfaction of victory was well earned.

This year, no other MMORPG has captured that sense of victory with me. I could say that Guild Wars 2 was challenging, but that’s because half the battles had some kind of gimmick that was poorly added or you had to completely change class or weapons to even be able to finish a fight. To be challenging something has to be winnable, otherwise it’s just abuse. The worst offender of this was probably Star Wars The Old Republic. I loved that game for the story, loved it for Revan, dungeons were too easy. No satisfaction at winning at all. It was still slightly more challenging than Mists of Pandaria is currently.

I think that in order to build a new challenge, we must first construct a new environment for players. We need to kill off this design that was initiated by Everquest in a time where you wouldn’t react near instantaneously due to ping times being 500-1000ms on a good day. We have to take a new look at the design of a game that has a lot of players working together. 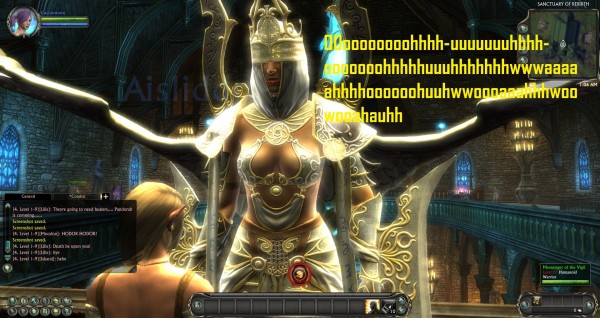 I want to take a look at a game that’s doing a good job at this right now, one that isn’t a RPG but is actually a FPS. This game is Planetside 2. This has players battling it out across an entire planet for control. The battlefield on this is entirely run by players and has them acting competitively for complete control over this world. Why can’t an MMORPG do this? Blank world, have players build it up and set their own challenges? Maybe it doesn’t have to be a PVP challenge? What if the entire game was a huge raid and the further players get the better the equipment would be made available to them?

What actually got me into the whole MMORPG landscape was an anime series called .hack//SIGN. The world in .hack// was presented as this nearly entire player run game, with player run policing, guilds and a mystery that wasn’t a marked questline. In most MMORPGs we don’t even have player housing, let alone the freedom this representation of a game had. Even the modern day MMORPG anime, Sword Art Online, has a better concept than most modern games. Have all the players in the game work to clear out one central raid dungeon. If that game was made today, the developers could just expand on the concept by adding a new tower or by adding more floors.

The point is that players need to feel like they’re working together, working towards defeating some kind of challenge that has been imposed on them. At the moment, it just feels like: “Hey, if I queue for this cakewalk dungeon enough times, I’ll eventually get that one item that will get me into raids”. And hey, if you’re lucky and you get all the drops you need across a few dungeons, you could be fully geared in 2-3 hours. Not including queue times, which if you’re a tank, are nothing at all. 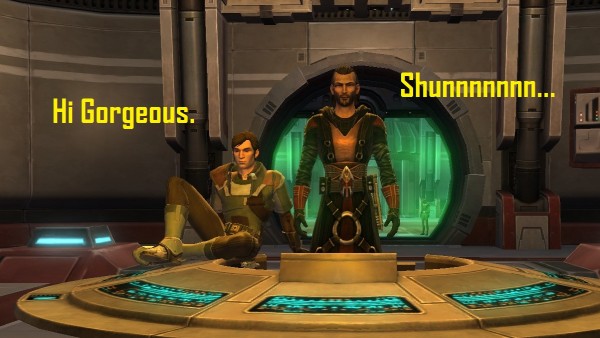 Unfortunately this is the direction that a genre defined by difficulty and time-sinking has headed in. As an attempt at creating virtual worlds full of challenge and riches, we’ve moved into god-mode simulators that lack any kind of challenge at all. We should be moving towards more immersion, not simplicity in design and practice. More challenge, not 30 minute cakewalks. Also less artificial grind, thanks. This is something that I will talk about in my upcoming WoW:MoP review as I’m not entirely sure how badly integrated it is in other MMOs.

On the whole I don’t think that the current MMORPG marketplace will change. People like easy, or rather, too many people like easy. Who likes to think when you can just hit the same combo of buttons to win and occasionally walk outside of the purple circle that just spawned on you? Why bother even playing smart when the healer can just overheal the entire party because his equipment has been tuned to provide better healing than mana loss? I’m not saying that good players shouldn’t be rewarded by feeling like a god. I’m just saying that not all players should feel like a god from the get-go. 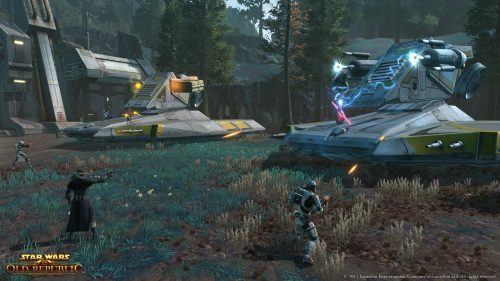