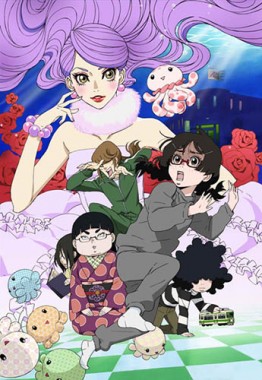 Siren Visual have made some major acquisition announcements today as well as provided further details on the release of Tiger and Bunny. The two new titles acquired by Siren Visual are none other than Fractale and Princess Jellyfish. Both series are scheduled for a release in February 2013. Although it has not been confirmed one can presume that Siren Visual will feature the Funimation dub track on both of these releases.

In regards to Tiger and Bunny, Siren Visual have confirmed that after a long wait, the series will finally release in February 2013. It is still unknown what nature the release will be, but if Siren will be following Viz Media’s release, it will be with a full English dub across a DVD and Blu-Ray. But of course that has not been confirmed and is simply speculation on my part.

What do you think of this licensing news? Let us know what you think in the comments section below.