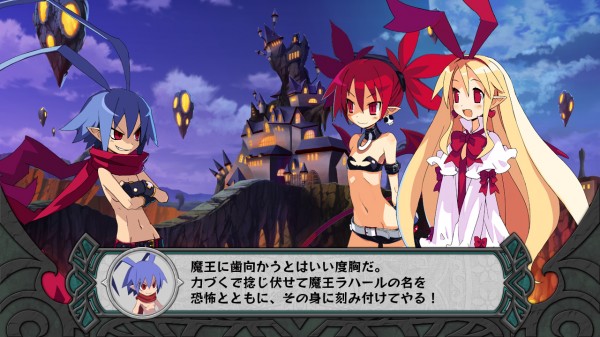 In case you don’t know, Nippon ichi is currently working on the first ever sequel to a Disgaea game. Disgaea D2 will be taking place a few years after the events of Disgaea: Hour of Darkness and Laharl, Flonne and the ever memorable Etna are returning as the lead characters for the game.

Today a large number of screenshots and art work were released which show off the new outfits these characters will be wearing, as well as how they will now be able to use monsters as mounts. It has also been revealed that a mysterious character will appear claiming to be Laharl’s younger sister and she will attempt to claim his spot as King of the Netherworld. Disgaea D2 is currently set to be released in March 2013 and you can also check out a trailer for the game below.